Aaron Neuwirth says, “Sonic the Hedgehog 2 is a mild improvement on the enjoyable first film. It goes the bigger/better route of sequels, yet understands how to deliver on what audiences liked about the first film, rather than giving them what they think they want. The action is strong, the addition of Tails and especially Knuckles is great, and Jim Carrey is still having a blast recalling his ‘90s comedy days.”

Dan Murrell says, “Like its predecessor, Sonic the Hedgehog 2 dodges the video game curse by not trying to reinvent the wheel and instead delivers the film video game lovers want. While it’s squarely aimed at kids, likable performances, especially from Jim Carrey, and some genuine heart and humor keep Sonic 2 from becoming just another empty light show. The Sonic franchise isn’t out of gas yet!”

Zaki Hasan says, “The big-screen series has smartly keyed into the character’s long-running (and fast-running) appeal. Like its predecessor, Sonic the Hedgehog 2 knows when to go big, but more importantly, it knows when to stay small. Go ahead, put a ring on it.”

Zachary Pope says, “Sonic 2 is everything a Sonic fan wants and more! An almost perfect video game movie that will have you laughing, smiling and even getting goosebumps within the final action scene. Knuckles, Tails, and Sonic are PERFECT. If they could just completely disregard the human element it would have helped the pacing immensely.”

Joel D. Amos says, “Video game movies are notoriously difficult to make well. More importantly, they are incredibly challenging to produce a product that pleases the fans. Somehow Sonic the Hedgehog achieved that and miracles of miracles. Director Jeff Fowler and his team have crafted a sequel that is even better, more action-packed, more heartwarming, and hilarious than the first film. It’s quite an achievement as I’d say almost 90-percent of video game sequels fall flat on their collective faces. Not so with Sonic 2, as it does what most sequels do for starters—it raises the stakes—all without forgetting what it was that endeared fans to the first film.”

Zoe Rose Bryant says, “Sonic the Hedgehog 2 is a supercharged sequel that doubles as not only a spectacular Sonic adaptation but also perhaps the best video game adaptation to date. The action is bigger and better in every way – and clearly (and cleverly) directly inspired by iconic events in the classic games – while the invigorating integration of classic fan-favorite characters like Tails and Knuckles (expertly voided by Idris Elba) amplifies its appeal for long-time Sonic supporters. Bonus points for giving the jubilant Jim Carrey and riotous Natasha Rothwell even more to do this time as well.”

Scott Menzel says, “Sonic the Hedgehog 2 does everything a good sequel should, and as a result, is even better than the first. The plot builds upon the initial story while adding new characters and story arcs. The film feels bigger, too, with more locations only adding to the fun and adventure. Jim Carrey continues to steal the show while Ben Schwartz, Colleen O’Shaughnessey, and Idris Elba perfectly bring their characters to life. I never thought I would get this much joy and happiness from a Sonic the Hedgehog film franchise, yet here we are. I honestly can’t wait to see what this team has in store for part three.”

Sonic the Hedgehog 2 is now playing exclusively in theaters 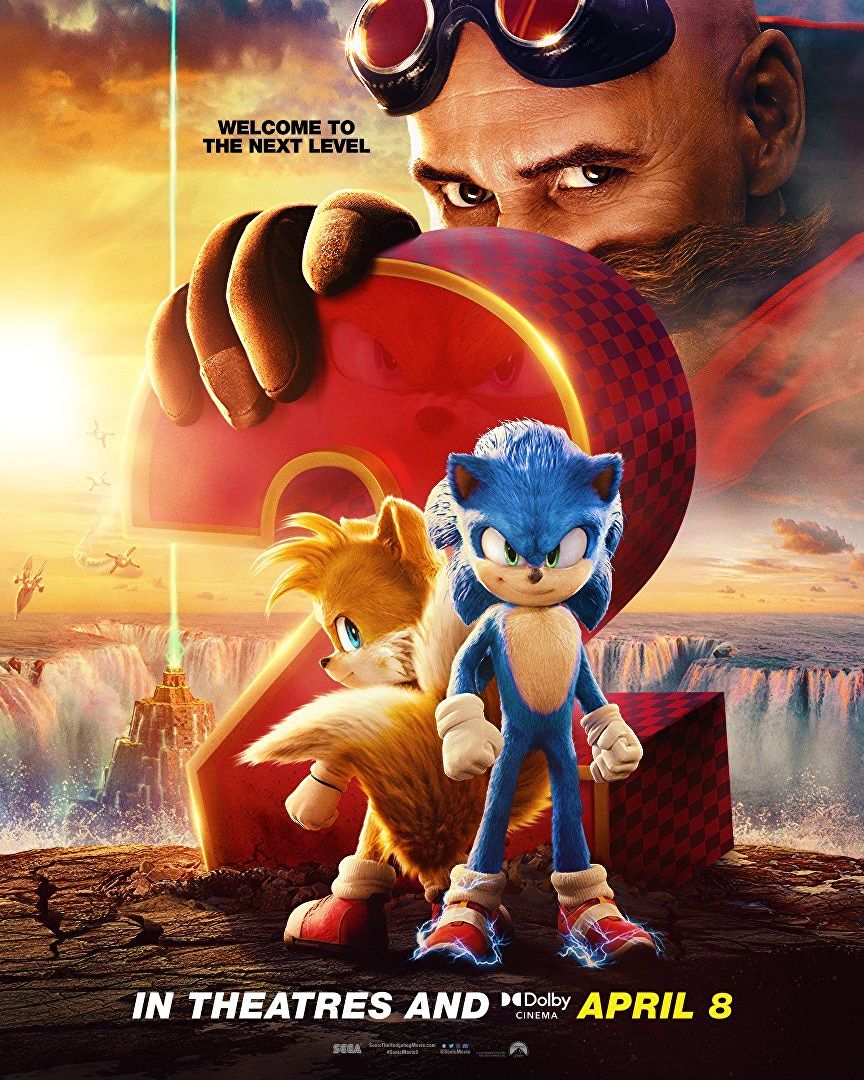