Peggy Marie says, “One of the leads says, “I think my head just exploded” trust me, Moonfall, so did mine.. so did mine. They threw everything at us but the kitchen sink here.”

Dan Murrell says, “This should have been a simple explanation of a simple (and dumb) concept. Instead, in the third act, any sense of guilty pleasure is sucked out with self-important nonsense.”

Aaron Neuwirth says, “Sure, explaining the premise of Moonfall is amusing enough to convince many that they have to see it to believe it or avoid it entirely on a count of sounding dumb. Still, I found plenty of admirable qualities for this big-budget B-movie bound to make astrophysicists’ heads spin.”

Fiona Underhill says, “Moonfall is the best-worst film I’ve seen for a long time. A truly awful-wonderful movie. Wilder than I even imagined it would be.”

Nguyen Le says, “Moonfall is bonkers. Old-fashioned fun of the Roland Emmerich kind, from start to end, strictly operating on what it—and only it—feels right. And because it embraces rather than resists its planet-sized goofiness, this might be the Independence Day sequel the world was looking for. It’s popcorn-rad, the way this bad moon rises.”

Scott Menzel says, “Moonfall is every Roland Emmerich disaster movie rolled into one. While it is a bit too ambitious and not all of the character story arcs work, I would be lying if I didn’t admit that I had a lot of fun watching it and was very entertained. John Bradley as KC was my favorite among the cast.

Zaki Hasan says, “Enjoyable movie junk food. Roland Emmerich has spent 26 years chasing the rapturous reception afforded to Independence Day, and while Moonfall is very far from that alien invasion epic, it offers enough B-movie thrills to engage during its two-hour runtime, if not very long past that. The by-the-numbers plot is invested with more credibility than it probably deserves thanks to earnest performances by Berry and Wilson, and the impressive VFX.”

Diego Andaluz says, “Moonfall crumbles under the weight of its ridiculous premise. A disastrous mess hurt by incoherent editing, laughable dialogue, and an unbalanced script that borders on parody. What starts out as an entertaining, mindless blockbuster ends as an emotionless, exposition-driven headache that wildly misses the mark.”

Kit Bowen says, “In typical Roland Emmerich style, Moonfall is part disaster genre, part sci-fi mumbo jumbo, part answering the question of the universe, part family drama — should I go on? It’s about as big of a cheese-ball B flick as it can be, but still, there’s some fun to it. Epic, splashy special effects of Earth being destroyed by giant moon power can do a heart good.: 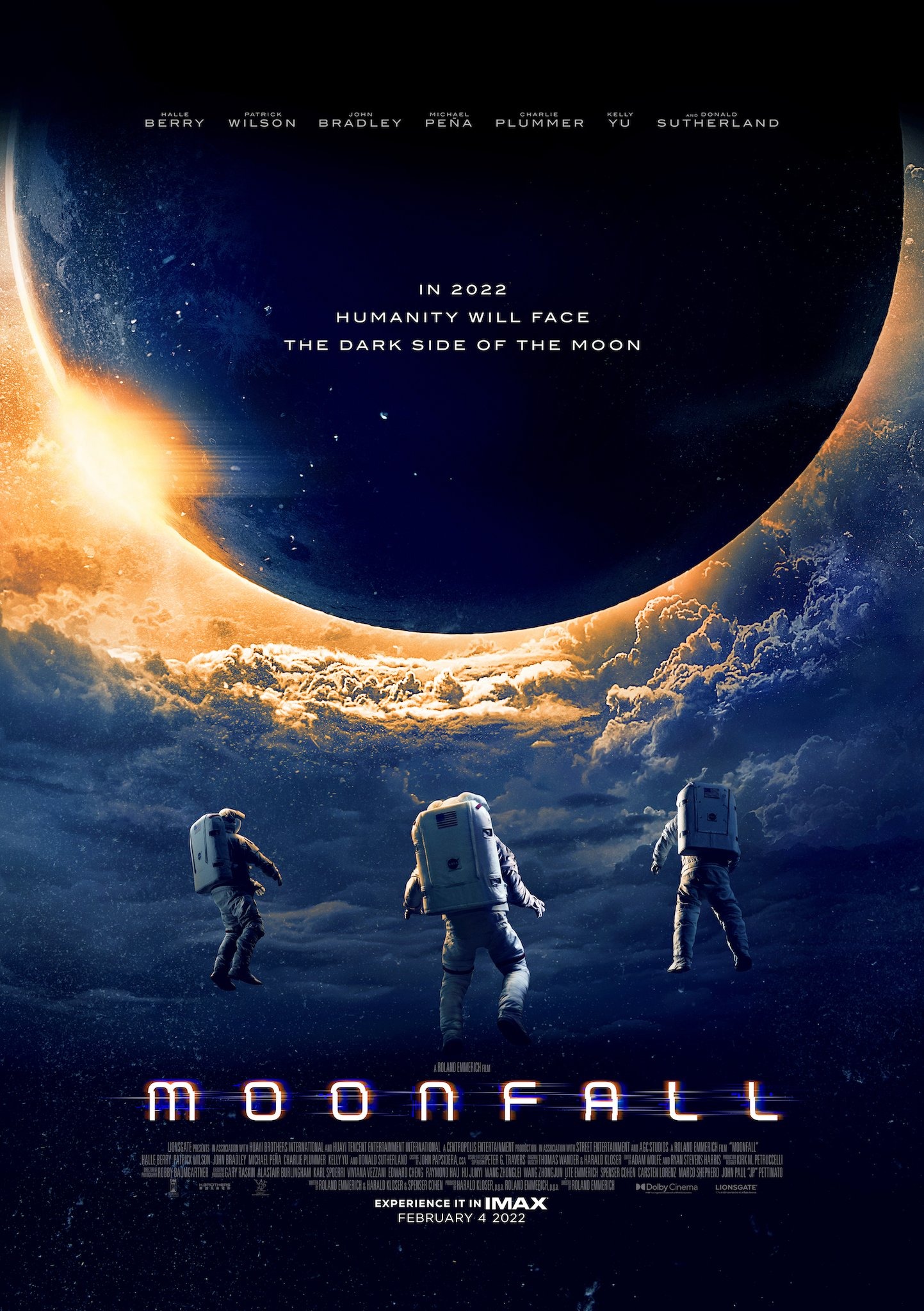